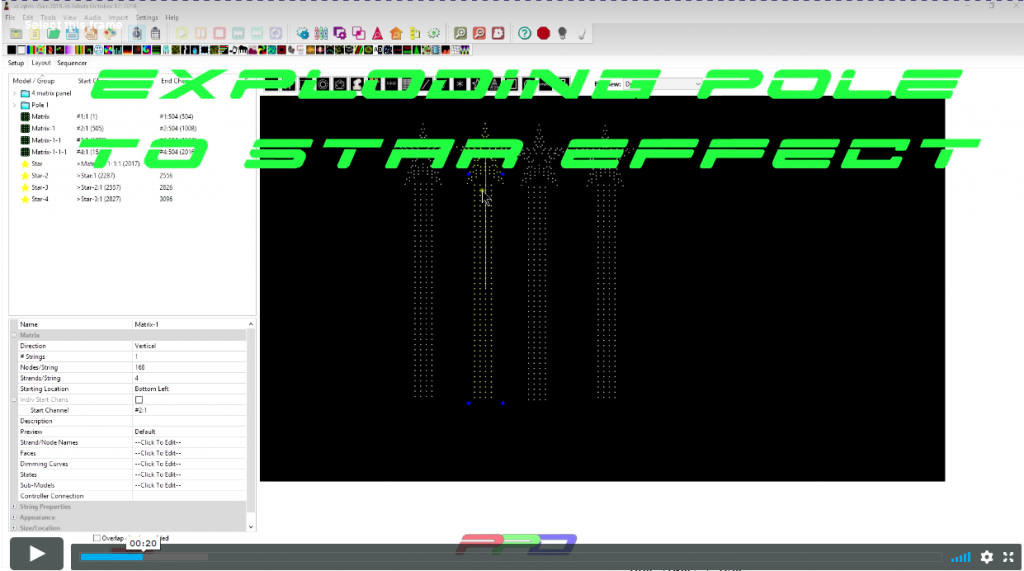 TAKE YOUR EFFECTS TO THE NEXT LEVEL
A detailed answer to some questions asked… The explosion effect basically goes up the tree
and then makes the Stars or goes up the trunk there and makes the star explode.
In this video, you will learn exactly how you can do that and how easy it is. And there's a
number of ways that you can. Starting with the simplest -- the Matrix panel, using the morph
effect.
The morph effect described in this video is a pretty simple one that requires clicking on the
morph effect icon and dragging it down. The effect, by default, morphs from bottom to top.
And if you know that already, you could easily do so from the default. Then you would need to
start the “explode” effect. Which can be accomplished via a couple of effects. But the
shockwave effect is probably the easiest -- it starts from the center and goes outward.
Learn the detailed step-by-step technique on how you can easily accomplish this stunning
Exploding Pole and Star Effect in XLights and more!!
Make your star, spinner, or snowflake explode!
Have a pixel pole with a star on it?  Want to see it explode?  Watch the video and see how!